Amid growing Chinese activity in border areas of Ladakh, the Centre has planned to strengthen its communication network at all strategic locations in far-flung areas of the arid region by installing 125 mobile towers, particularly along the Line of Actual Control (LAC) with China. The decision has been taken to ensure mobile connectivity “in 361 villages of uncovered areas of Leh and Kargil districts of the Ladakh region, border areas and other priority areas (referring to the LAC)”.

Official sources said the Centre had taken serious note of the growing influence of the neighbouring country along the LAC — an undemarcated boundary between India and China in Ladakh — particularly its attempt to raise infrastructure.

The source said over Rs 12 lakh had been released to strengthen and augment the mobile and telephone network in the region.

“I have also been informed that 125 mobile towers in the Ladakh region, including 72 in Kargil and 53 in Leh, are provisioned under the Universal Service Obligation Fund Scheme for providing connectivity to uncovered areas in the region, particularly the border areas and other priority areas,” said Jamyang Tsering Namgyal, Member of Parliament from Ladakh.

Namgyal said the installation of the mobile towers, particularly in border villages along the LAC, would help the country “to keep a close watch and timely dissemination of information to the relevant quarters”.

On July 6, men of the People’s Liberation Army in civvies had intruded seven kilometres into the Indian territory in the Dohla area of eastern Ladakh and raised their banners. The Chinese incursion was reported in Dohla, about 270 km from Leh town, when people of border areas had gathered to celebrate the birthday of exiled spiritual and political Tibetan leader Dalai Lama on July 6.

Local representatives of people in border areas had claimed that China was working under a well-planned strategy where they pushed nomads into the grazing land in the Indian territory and later captured it due to an undemarcated boundary. 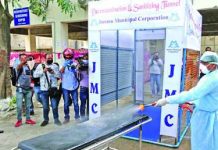 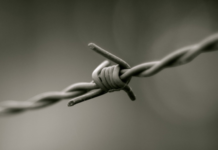