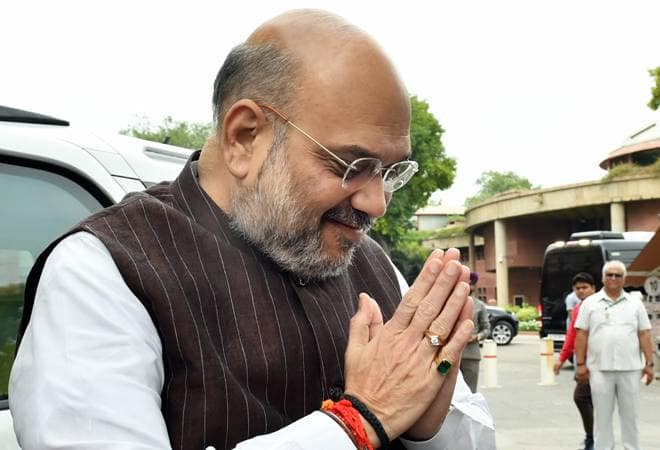 For the first time in three decades of terrorism in Kashmir, separatist groups refrained from giving calls for a shutdown on the visit of Union home minister to the Valley on Wednesday.
Amit Shah who arrived in the summer capital, in his debut visit as union home minister, chaired several meetings related to security and development projects. He is scheduled to co-chair the unified headquarters meeting with J&K governor Satya Pal Malik tomorrow.

Shah is also scheduled to meet the state party leaders, delegations of civil society and Panchayat members besides paying obeisance at the Amarnathji Shrine.
At a high-level security meeting, Shah asked all the agencies to continue with their tough approach against militants and rioters. He asked the security chiefs to cover all sensitive and vulnerable areas including infiltration points to obviate all types of risks to the Amarnath pilgrimage.
Interestingly, neither factions of the Hurriyat Conference led by Syed Ali Shah Geelani and Mirwaiz Umar Farooq called for a shutdown on Wednesday. None of the separatists issued any statements either. Over the last three decades, separatist groups have been notorious for shutting down the valley each time a representative of the Central government visits.

The Joint Resistance Leadership (JRL) a combined group of Geelani, Mirwaiz and JKLF chairman Yasin Malik who is now arrested, had called for a complete shutdown on February 3 against PM Narendra Modi’s visit to the Valley. The joint platform had also called for a strike on September 10, 2017 when the then home minister Rajnath Singh visited Kashmir.
On Wednesday, all the separatist groups remained conspicuous by their silence.
Advertisement