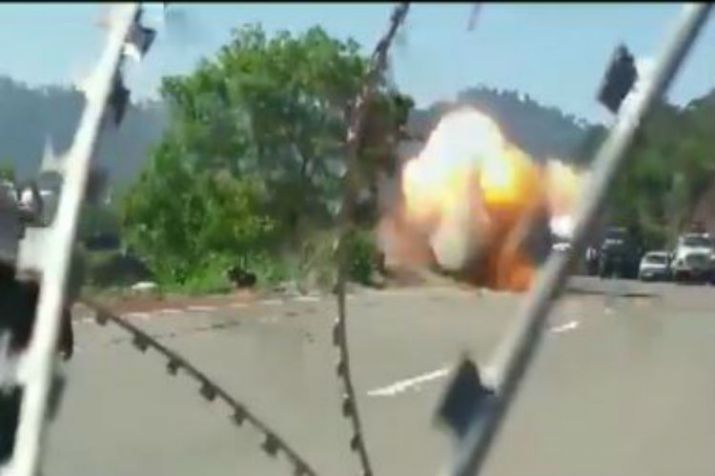 A bottle filled with liquid material and a polybag filled with some solid material was found on the roadside near Kallar chowk along the highway in the morning, Rajouri SSP Yougal Manhas said.

He said an Army unit noticed the suspicious material at around 7.30 am and subsequently the bomb disposal squad of the Army destroyed the IED on the spot.

A police team headed by in-charge of Chingus Chatyari police post and Sub-Inspector M D Khan reached the spot soon after the Army flashed an alert and enforced closure of traffic on particular stretch. However, the traffic resumed around 10.00 am after the bomb disposal squad completed its action, Manhas said.

The device was suspected to be planted by some anti-national elements, he said.

“Timely action by the alert jawans of Army averted any untoward incident,” the SSP said, adding that a probe into the matter has been started with the Deputy Superintendent of Police, Headquarters, Govind Rattan personally conducting the investigation.

On May 22, police busted a major militant hideout in the same region (Chatyari forest) and recovered a huge cache of arms and ammunition, including four AK assault rifles and 11 pistols.