Azra Choudhary, 62, a retired official from the Jammu and Kashmir Academy of Art, Culture and Languages, has translated the Quran in Dogri language for people of the Jammu province. 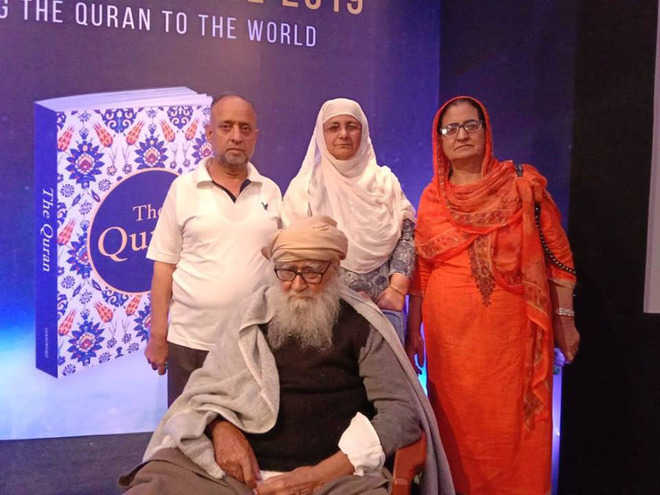 The initiative, taken five years ago by Azra, got national recognition a few days ago when her translated version of Dogri Quran was released at a function in New Delhi.

“This came as a surprise to me when our Additional Secretary Shamima Akhtar approached me and told me about a wish her husband, Abdul Qayoom, a professor, carried to get the Quran translated in Dogri for its wider outreach among people,” said Azra, adding that first she expressed reluctance, but later accepted it as God’s will.

Azra said translating a religious book was a tedious job as any one word going wrong could have harmed the whole thing. But since she was heading the dictionary section of the culture academy, she took on the challenge and finally succeeded.

The retired official, who was in charge editor for both Hindi and Dogri languages in the Jammu and Kashmir Academy of Art, Culture and Languages, said her academic pursuits helped her make the job a little bit easier. Azra has done masters in both Hindi and Dogri.

“When I finally took to translation, Abdul Qayoom offered me to start with the last chapter (Para 30) of the Quran as it contained small Surahs. He also offered me an honorarium, which I smilingly refused and assured him to contribute on my own to make it a worthy composition,” said Azra. The Quran contains 30 chapters (Paras) and 114 Surahs. The book is translated in the Devanagri language.

Azra, while exchanging her views about translating the holy book, said since Dogri had come into the Eighth Schedule, the language was far and widely accepted in Jammu and Kashmir as well as in Himachal Pradesh.

“The translated version will have a greater outreach among people who, after reading the book, will be enlightened about the religious goodness and message of peace and love contained in it. Besides, people of different religions will find the basic preachings same as in the Bhagwad Gita, Bible and Guru Granth Sahib that will help in building strong brotherhood among religions,” said Azra Choudhary.

[Originally posted in The Tribune]

Pay toll for Driving on this much Hyped Upcoming Road Project to come up...