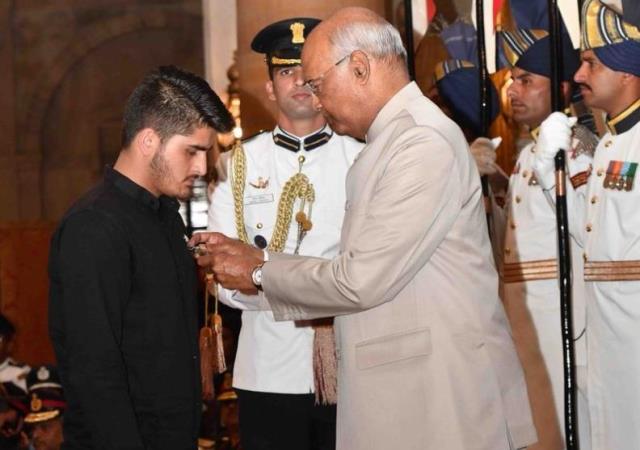 Jammu & Kashmir teenager Irfan Ramzan Sheikh was bestowed with the Shaurya Chakra by President Ram Nath Kovind for foiling an attack by three militants on his house in 2017. Irfan was 14 years old then.

On October 16, 2017, three militants arrived at Irfan’s door. They wanted to kill his father Ramzan Sheikh. Showing bravery, the 14-year-old didn’t allow them to enter his house.

Despite the danger, Irfan fought with the militants in which one of them was shot dead. His father was also severely injured.

#WATCH President Ram Nath Kovind confers Shaurya Chakra award upon Irfan Ramzan Sheikh of Jammu & Kashmir, for foiling an attack by three terrorists on his house in 2017 when he was 14 years old. pic.twitter.com/on45WKguLX

Irfan chased them away. The militants were so terrified that they left the other terrorist’s body and ran away.