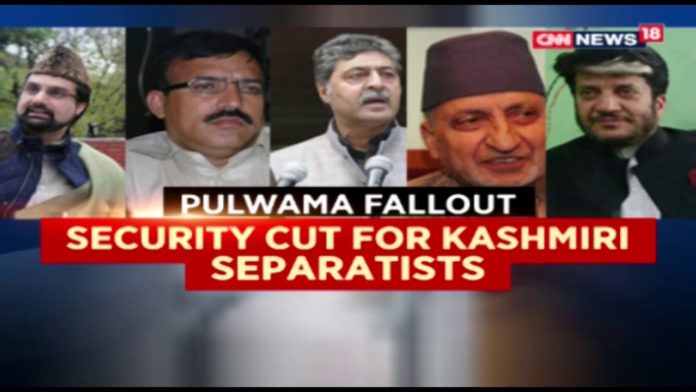 Even as the security of four separatist leaders, including Mirwaiz Umar Farooq, was withdrawn on Sunday, the state administration was spending over Rs 1 crore every year to provide protection and other facilities to them. On February 2, 2018, the then PDP-BJP coalition government headed by Mehbooba Mufti, had admitted on the floor of the Legislative Assembly that the cash-starved state had spent around Rs 11 crore on the security and transportation (fuel) of the Hurriyat Conference leaders in the past 10 years. The Central government had also informed Parliament in the same year that an amount Rs 10.88 crore was spent on the security of separatists.

BJP leader Pawan Gupta had raised the query during the debate on grants of the home department, headed by the then Chief Minister Mehbooba Mufti, in the last Budget session of the previous regime.

The written document tabled in the Assembly revealed details about expenditure incurred to provide security to 14 Hurriyat leaders from 2008 to 2017. The statistics said an amount of Rs 10.86 crore had been spent on their security and transportation facility of the Hurriyat leaders during the period.

Interestingly, the J&K Government was also providing security to Mirwaiz’s media secretary Shahid-ul-Islam till he was arrested by the National Investigation Agency in an alleged terror funding case.