A total of 75 newly elected Corporators of the Jammu Municipal Corporation (JMC) on Tuesday took oath, paving the way for the formation of the corporation after 13 years. Among the Corporators, 27 are women.

Seventeen corporators took oath in English, 39 in Hindi, 14 in Dogri, two in Urdu, two in Sanskrit and one took oath in Punjabi. 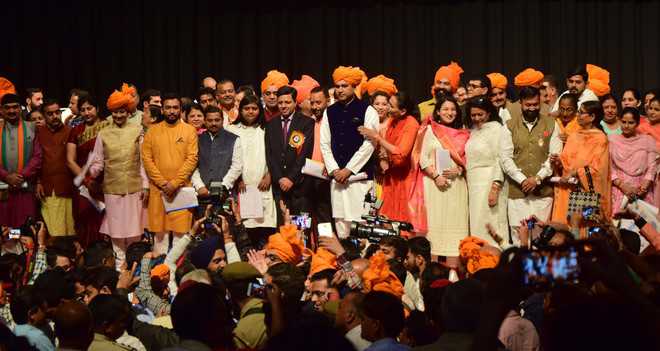 The swearing in ceremony of Jammu Municipal Corporators has sufficiently been exalted citing the multi-cultural nature of our state. But there is another aspect of the events of the day which need deserve equal highlight. Here is what an article published in the Dainik Jagran has to offer:

Lived through the British Raj; centenarian votes in JMC elections