Governor of Jammu & Kashmir Satyapal Malik has opened a pandora’s box by claiming to have unearther major corruption in a number of state departments and the J&K bank. Here is what the Governor had said and how others retaliated: 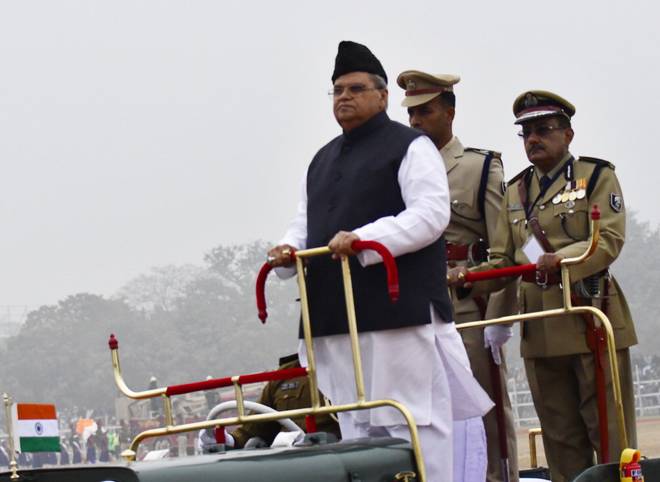 Regarding the selection list of Relationship Executives in the J&K bank, the Governor had said:

“About 40 youth approached me and said they had cleared all examinations and figured in the selection list of Relationship Executives (REs) in the J&K Bank, but were replaced by relatives and workers of political parties…

“The J&K Bank chairman told me that the number was not just 40, but all 582 youth recruited by the bank as REs were replaced with political appointees, recommended by leaders from every constituency”

“There is no scope of any tinkering in the merit list prepared by the reputed national-level professional recruitment agency, the Institute of Banking Personnel Selection…the bank is open to public scrutiny”

“The Governor should reveal when did it happen and how was it done. This is beyond shocking. Unbelievable.”

Clearing the BJP’s image and pointing towards the PDP, the state BJP spokesperson Priya Sethi said,

“Our party was not involved in such wrongdoing. In fact, we left the government,” BJP spokesman Priya Sethi told TNIE.

Governor Satypal has assured of bringing the culprits to justice saying,

‘I myself went through files, and when I came to the conclusion that the contract was awarded wrongly, I cancelled it… whoever was “involved in it” would be punished’

Not just the J&K Bank recruitment, the Governor has also questioned the functioning of the J&K Public Service Commission, saying,

‘a youth was selected for the Kashmir Administrative Service without appearing for the exam…  the government had recruited such youths as teachers, who had been preaching fundamentalism while Government officials were pelting stones on way back from office to homes’

Regarding the scrapping of Jammu and Kashmir Group Medical Insurance Policy for Government employees, the Governor had said:

“it was full of frauds”

“The amount was changed to suit the company. The tender was opened on holiday. I went to root of the case to find out which officers were involved…how much amount was involved. More employees were added to the policy to raise the amount”

The state has lots of hopes on the present Governor. The Governor, through the establishment of Anti-Corruption Bureau and public grievance redressal cells can be expected to eliminate corruption to unprecedented level. The way he is monitoring mega projects and flagship schemes in the state, it seems the corrupt officials are going to have a tough time.