Even before its detailed project report has been prepared, the 800-MW Bursar hydroelectric power project in the Marwah tehsil of Kishtwar district is in the eye of the storm. The project is considered anti-people as it will affect a majority of the people of Marwah and have a negative impact on the environment as well. 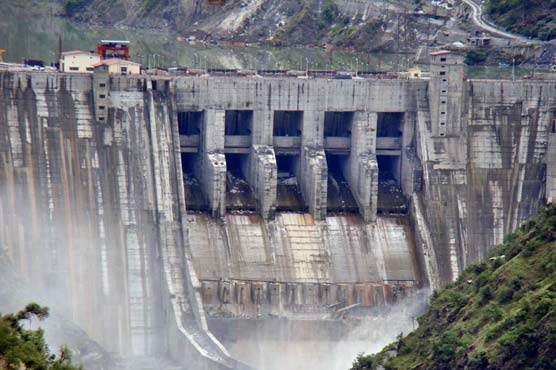 Locals say the project is a threat to their existence. They say if the hydropower project is set up, only a few barren mountains will be left in Marwah.

A group of youth from Marwah are educating 30,000 residents of Marwah about the hazards of the Bursar project and the tragedy it will unfold once the work is started.

In July-August, locals held a month long protest at the district headquarters in Kishtwar against the project but the authorities did not paid any heed.

“We want to educate everyone in the state and at the Centre about the hazards of the project, which if started will eradicate our existence. We have launched a campaign against the project and are meeting the authorities to stop it… This is the time to raise our objection because once the detailed project report is prepared and work starts, nobody will listen to us”

The Bursar project is proposed for implementation in the Marwah and Dachan areas of Kishtwar, 74 km from the district headquarters.

The project is planned as a storage scheme on the Marusudar river, the main right-bank tributary of the Chenab. The National Hydroelectric Power Corporation will be executing the project.

Declared a national project, a memorandum of understanding was signed between the Union Ministry of Power and J&K Government on July 20, 2000.

A 265-metre-high concrete gravity dam will be constructed in Pakal village of Dachan but the major portion of the 22.8-km-long reservoir will be built in Marwah.

The project is to be completed in 127 months and will require a wide network of roads to take the earth-moving machinery and labourers to the project site. It is expected to boost power generation in the country.

Meanwhile, the Environmental Impact Assessment Report compiled by a team of experts from University of Kashmir, led by Prof AR Yousuf and Prof Zafar Reshi, has raised questions which need to be addressed to save the environment and ecology of the area.

Due to the project, 6,332 people from 1,052 families living in seven revenue villages comprising 18 hamlets will have to be relocated and all earning resources will get affected.

The project will be built at the cost of 38,706 fruit-bearing trees and 506.2 hectares of agricultural land.

The area is prone to moderate to high-intensity earthquakes as the region is tectonically active. The temperature of the area will also come down once the project is completed.

Of the 30,000 people of Marwah, around 20,000 will face the brunt of landslides, climate change and decrease in agricultural land.