Despite being the second largest region of the state, Jammu province is being discriminated considering the Wazir Commission’s report and recommendations of 1983. The Wazir Commission was appointed by Sheikh Abdullah in 1981 under pressure from Jammu. 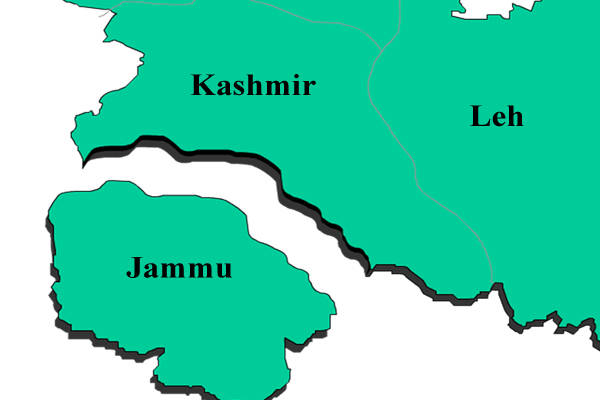 Here is how the region is being discriminated against:

According to the Wazir Commission report, Jammu deserved 10 districts and Kashmir 7.

But the Ghulam Nabi Azad or the Congress-led Government in the state bypassed this recommendation and increased the number of districts in Kashmir with one stroke of pen from the existing 6 to 10 in 2007, one each for 1585.3 sq km on an average, with a couple of districts just one-tehsil district (for example, Shopian).

The State Government created 4 more districts in Kashmir despite the fact that there was no such demand anywhere in the Valley.

The people of Jammu, who fought for more districts between 1975 and 2007 and laid down half a dozen lives and faced lathi blows for this cause, wanted the State Government to implement the Wazir Commission recommendations in letter and spirit.

But the State Government implemented the report in a wrong way, saying it believed in the “principle of justice and equity”overlooking the fact that Jammu had more land area, major portion of which was inaccessible.

The people of Jammu region had hoped that the Congress-led dispensation would treat all the three regions of the state equally.

But this did not happen! What happened was on the contrary.

The July 6, 2006 Cabinet decision proposed to create an equal number of districts in Kashmir and Jammu — 4 districts each – despite the fact that there was no demand whatever in Kashmir for additional districts – a fact acknowledged by the Chief Minister on the same day while interacting with the media persons. The State Government implemented the decision despite bitter opposition in Jammu.

The demand of the people of Jammu, including Nowshera, RS Pura, Akhnoor, to mention only a few, for district status can’t be dismissed as silly and preposterous. The demand needs to be considered as it is rational.