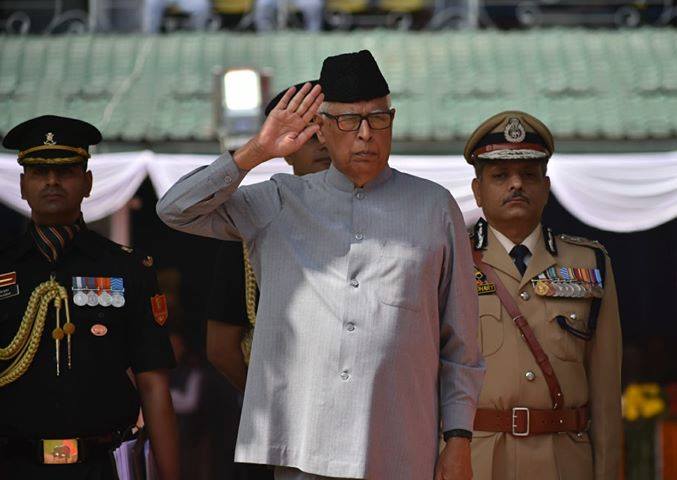 Finally J&K has got a new Governor, Satya Pal Malik. It would seem that a politician has replaced a bureaucrat as governor of Jammu and Kashmir, but in fact N.N. Vohra, the outgoing governor, was no less astute than the most wily politician.

AS Malik was administered oath by Chief Justice of Jammu and Kashmir High Court Gita Mittal at Raj Bhawan in Srinagar, when Vohra was on his way back to Srinagar from Delhi after meeting Prime Minister Narendra Modi and Home Minister Rajnath Singh.

Vohra is popular in both Jammu and the Kashmir Valley, which is extremely rare. Indeed, several observers have attributed the decline in the graph of violence and unrest during the first two months of governor’s rule (since 19 June this year) to his personal popularity and ability.

Vohra worked hard throughout his tenure, but over the past couple of months, he clocked 14 hours and more on a daily basis, even at the age of 84.

Former Governor NN Vohra has been the longest serving Governor of our state with his consecutive terms starting in 2008 and then in 2013.

Recognised as a man who knows the pulse of the state, he was a trusted man on Kashmir for several prime ministers – Atal Bihari Vajpayee, Manmohan Singh and then Narendra Modi.

After his retirement in 1994, he was part of a committee which studied the problem of criminalisation in politics and examined the criminal-politician-bureaucrat nexus in India.

His retirement was short-lived though.

In 1997, he was pulled out of hibernation to serve as principal secretary to then prime minister Inder Kumar Gujral.

The Manmohan Singh government, which came into power in 2004, continued with him.

In 2008, he was appointed governor of the state by the then UPA government and was reappointed in 2013.

He has an avid interest in mountaineering and was president of the Indian Mountaineering Foundation between 1999 and 2006.

Vohra has edited more than a dozen books on governance and national security; he was awarded the second-highest civilian honour Padma Vibushan in 2017.

Even more creditable is the fact that he was liked and respected by every political party. Close aides of former chief minister Mehbooba Mufti maintained that she got along well with him, adding he treated her with grace when her government was brought down.

On the other hand, former chief minister Omar Abdullah of the National Conference too tweeted yesterday his ‘sincere thanks and appreciation’ for the ‘wise counsel’ the outgoing governor gave while he was the chief minister.

During the last few years of A.B. Vajpayee’s stint as prime minister, Vohra had immense success as the Centre’s interlocutor for talks with separatists, although his work remained characteristically low profile. The result was that top separatist leaders met the prime minister and the then home minister.

He also had the key advantage of having been in the armed forces; he was an officer cadet before an injury on the football field made him leave that career. So, as governor, he had a good equation with army commanders.

Also generally unknown is the fact that Vohra had field experience too. As a fresh IAS officer in the aftermath of the 1962 Chinese aggression, he went to recce the situation as far as Daulat Beg Oldie, an extremely remote point on the disputed border between India and China.

There were no roads in Ladakh then, but so intrepid was the young Vohra that he trekked all the way to the Rohtang Pass.

At a time when external threats have been building up on both the western and eastern fronts, this experience of more than half a century was hugely valuable.