The Jammu and Kashmir (J&K) High Court is set to get its first woman judge with the appointment of Sindhu Sharma.

The Central Government notified the appointment of advocate Sindhu Sharma today along with judicial officer Rashid Ali Dar as judges to the J&K High Court.

In the 90 years of its existence, the J&K High Court has had 107 judges and all of them have been men. The appointment of Sindhu Sharma thus marks an important first for the High Court.

Sindhu Sharma is already credited to be the first lady advocate from the J&K High Court to have been appointed an Assistant Solicitor General of India. 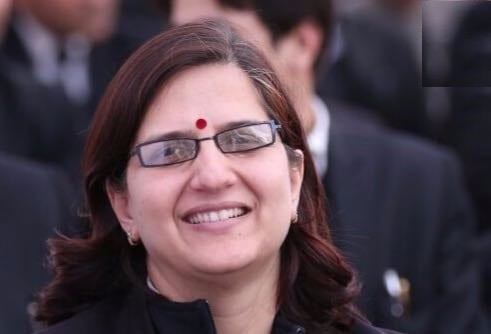 She enrolled with the Bar in 1996 after obtaining her  LL.B qualification from the Punjab University, Chandigarh. She has practiced in the District Courts and the J&K High Court.

In 2013, she was elected as the Vice President of the Jammu and Kashmir High Court Bar Association, Jammu for a two-year term. She has also served as the standing counsel for the NPHC, Power Grid Corporation and Jammu Development Authority.

If the Centre chooses to greenlight this resolution, the J&K High Court could get its first woman Chief Justice as well.

(With inputs from Bar & Bench.)