The ancient temple of Lord Shiva, also known as Aparneswar is located near Mantalai Lake. It is 42 km away from Patnitop and it is 120 km away from Jammu. A few kilometres farther you will find Mantalai Temple at an elevation of 1450 metres from the ground, surrounded by deodar trees. The surrounding area is peaceful. The main shrine is very small and having an idol of Parvati as kanya. Another set of idols of Shiva and Parvati together and Shiva, Parvati and Ganesha is also found. However, the shiva lingam is the main idol of the temple. There are two idols of Nandi, the bull god facing the shrine. One divine rock (patthar) related to the wedding of Parvati and Shiva can also be spotted in this shrine.

One divine rock (patthar) related to the wedding of Parvati and Shiva can also be spotted in this shrine. This spot offers great views of the mountain landscape in the surroundings. The breathtaking views from the hill top make this place worthy of a visit. 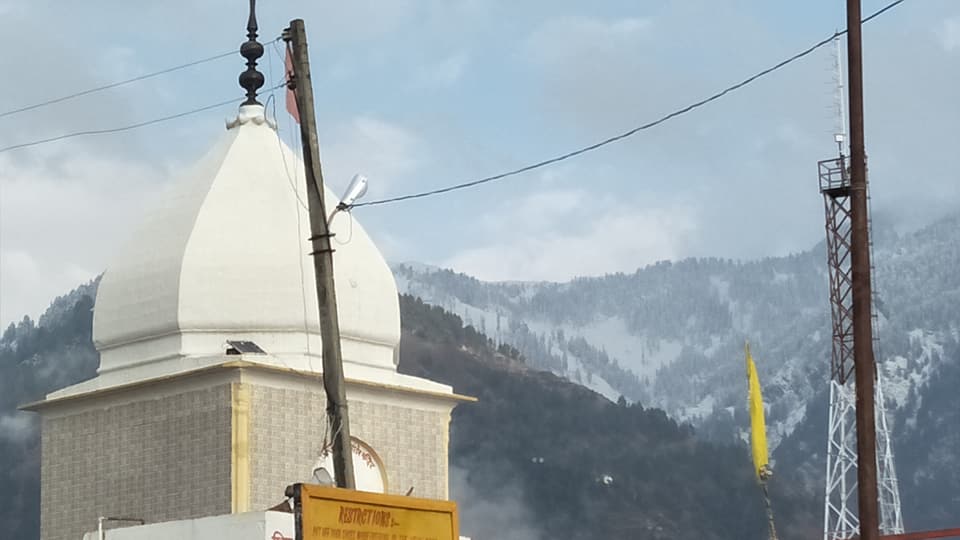 Once this site flourished like anything, when Dhirendra Brahamchari, the Yogic mentor of former Indian Prime Minister Indira Gandhi, by spending hundreds of crores constructed ‘Aparna Asharam’ spread over 1008 kanals of land with private airstrips, hangar, a zoo that is getting dust after the air crash of Brahamchari on 9 June 1994. It has been taken over by the Patnitop Development Authority (PDA) on 19-12-2009, after the state government identified the place to develop a wellness centre to promote tourism in the region. But nothing moved ahead.

This spot offers great views of the mountain landscape in the surroundings. The breathtaking views from the hill top make this place worthy of a visit.

Barring lip service the state government has failed to tap the tourism potential of the area and is still in the state of infancy with regard to developing/bringing the place on the tourism map of the state.