After booking Pakistan’s shelling victims with sedition charges for their ‘emotional outburst’ against BJP leaders, the coalition regime in the state has now terminated the services of a doctor for his alleged ‘anti-government posts’ on his private social media account.

Services of Dr Amit Kumar, Registrar at Government Medical College, Jammu, were terminated for his Facebook posts, which, according to the government, violated the recently issued SRO 525 which barred a government employee from writing on the social media against the government.

Although senior officers of the department concerned have maintained a guarded silence, Minister for Health and Medical Education Bali Bhagat said the action had been taken as per the service rules because employees should not speak against the government. He defended the decision of the authorities to terminate the doctor. 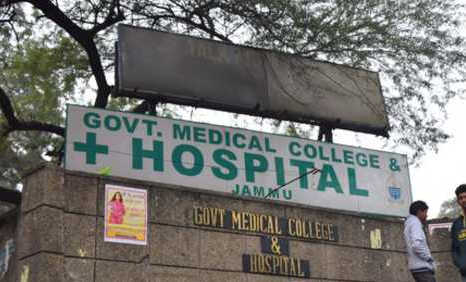 The termination order issued by the government reads as, “Dr Amit Kumar furnished an affidavit at the time of joining as Registrar (Anaesthesia), where upon he has solemnly affirmed and declared that in case of any misconduct or negligence on his part, his engagement shall be terminated.”

The order claims to have issued a show-cause notice to him on March 12, giving him two days to explain his position after which he was terminated.

Sources said Dr Amit Kumar had made some comment on the developmental works executed in the college. He had reportedly questioned the government’s claim over installing a new lift in the college premises.

Who represents Dogri language? This Guy On Quora Might Just Have The Answer