Gulab Singh (King of Warrior Clan) Maharaja Gulab Singh was an illustrious king of Dogra dynasty. He was the descendant of Hindu warrior clan. He took martial art and horse-riding lessons from his grandfather Zorawar Singh which helped him to mature into a great soldier. Raja Gulab Singh’s experiences about fighting with the then Sikh rulers helped him to grow into a tough warrior. At a very young age of 16 years he was able to display his skillfulness while fighting against mighty Maharaja Ranjit Singh’s army. At the time when Jammu was invaded by Sikh rulers, Gulab Singh got the opportunity to work for Sardar Nihal Singh of Attari and the stories about the fighting abilities reached up to Maharaja Ranjit Singh who later invited him to join his army. 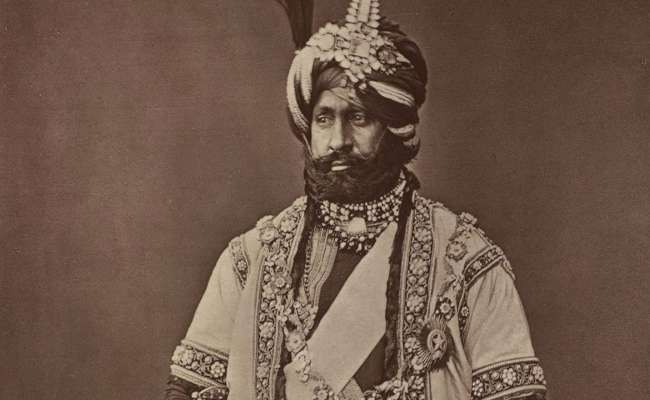 The loyalty demonstrated by Gulab Singh helped him to become the King of Jammu. There are few facts which actually made him stand out from the crowd:

1.He was the founder of the Dogra dynasty and the first king of this princely state.

2. It was under the reign of Maharaja Gulab Singh that the boundaries of the state were demarcated and the state of Jammu and Kashmir was established.

3.Trade and commerce became safe under his rule as orders were restored.

4.The police and revenue administration was reorganised in the state.

Read also : You can’t be a proud Dogra if you don’t know about Mian Deedo

5.The concept of rationing was introduced in the city.

6.The shawl industry was given importance and it was reorganised. Besides that, relief was given to weavers and others to free them from serfdom.

7.The Dharmarth trust was founded by him with a motive to build temples in Jammu and Kashmir state.

8.The temple of Purmandal was also found by him. So, as they say“Weapons change, Warriors do not”,the other members of the family adopted the title until the accession of Dogra rule to India.

Wanted – An amicable Divorce between Jammu and Kashmir