With the state government showing no positive signs so far, Nowshera and Sunderbani have shut down for 19 consequtive days as they are demanding district status for Nowshera.

Meanwhile Kalakote has been shut for 3 days demanding ADC’s post.

The movement for this objective has been undertaken by Joint Action Committee, an umbrella unit of Beopar Mandal, Bar Association, Sanatan Dharam Sabha and some other social and youth organisations. 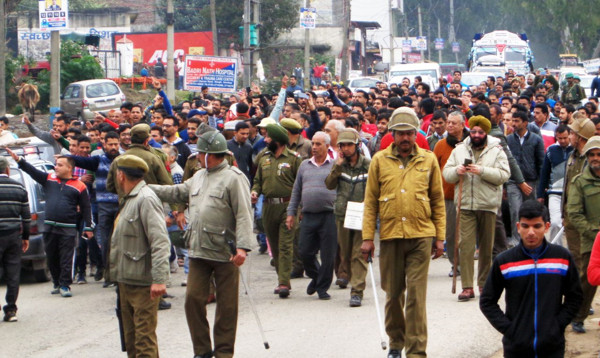 A demand for separate ADC is reinforced by the argument that if two ADCs can be sanctioned at a distance of just 30 Kms in Basohli and Billawar, why can’t Government sanction ADCs for three sub-divisions having inter-see distance of more than 40 Kms.

Meanwhile, a delegation of JAC/ Beopar Mandal Nowshera called on Dy Chief Minister, Chief Secretary and some ministers at Jammu and took up the matter with them. They have assured to solve the issue.

All through the bandh, the members of Joint Action Committee, JAC, are sitting on relay hunger strike.

Residents of Sunderbani tehsil are also protesting to seek the district status for the last few days under the banner of Sanatan Dharam Sabha.

7 Things to Know about the historic 600 years old festival of Bhaderwah; Mela...