Stage is all set for Jammu University Students Union elections which is considered to be a stepping stone to enter in mainstream politics.

It stands for Jammu University Students Union which is the umbrella student organisation at the University of Jammu. It is a representative body of students from most Jammu University Colleges and Faculties. Each colleges also have its own students union for which they hold separate elections every year.

Here are some quick facts about the elections: 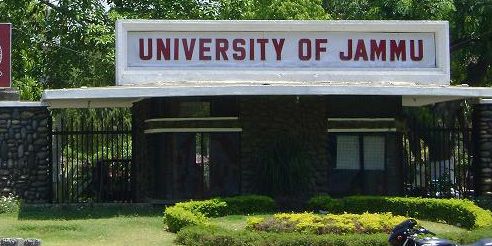 The election for the University Students’ Union shall be conducted in two stages.

1. In first stage the election for electing DR/CR (Executive Member) shall be conducted.The elected candidates will elect the office-bearers for the Students’s Union.

2. The HOD shall invite nominations from the interested students (UG/PG) and M.Phil/PhD students through a notice, scrutinize the nomination papers and hold elections for electing the two Executive Members (DR/CR) as per the Schedule.

4. There shall be a separate ballot paper/Boxes for UG/PG and M.Phil./Ph.D students.

5. In the departments where more than one PG/UG course is being taught, the students shall elect CR/DR (Executive Member) from each discipline (subject) separately. These elected CR/DR shall now elect two executive members among the elected CR/DR. One from the PG/UG and one from the M.Phil/Ph.D students. This shall be applicable also to all offsite campuses and constituent colleges where several courses are being taught. The voting to elect two executive council members be held on 26th of Sept. 2017 and results be declared and sent to Department of Students Welfare, University of Jammu on the same day.

The second phase of elections will be conducted on October 6.

As per the Norms/Guidelines for Election to Students’ Union on the recommendation of Lyngdoh Committee at University of Jammu. Only the CR/DR (Executive Member) of the Teaching Departments, Offsite Campuses and the constituent colleges are eligible to contest the election for any of the following positions.

The candidate interested to contest for any of the above mentioned posts of Students’ Union shall be proposed and seconded by a CR/DR (Executive Member) of the Teaching Departments/Offsite Campuses/Constituent Colleges of the University.

More than 2000 students and scholars were expected to take part in these elections.

The elections were close contest between arch rivals- ABVP and NSUI.

This is about a 58-year-old athlete from RS Pura and amazing performance of J&K...