Every time a human being ends up taking his life after crumbling under the stress, many feel dishearten.

According to a news report of The News Now , till July 31, this year, 822 suicide attempts have already been made out of which 72 people could not be saved across Jammu province. As compared to the corresponding previous year (2016), 1273 people attempted to kill themselves and lives of 136 people could not be saved. This is a pointer towards a menace –eating up the young generation. The number is likely to surpass last year’s record. 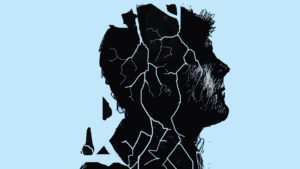 Failure in studies, love life and unemployment are the greatest causes of suicides in the region.

According to the report, the number of men among the people who ended their life this year was quite higher than women, girls and boys, as there were 50 (Almost 68%) men among the total 74 people who died. The official records further revealed that there were 17 women, 04 girls and 03 boys among the deceased.

Unmarried and divorced people turn to suicide more often than married ones.

Similarly among the abortive attempts, 352 were men as compared to only 228 women. The trends reverse as the age group gets younger. Only 53 boys as compared to 79 girls unsuccessfully attempted suicide.

The report mention that 15-35 years are vulnerable however this stage of life at which individuals commit the most suicides coincides with the same period that these individuals enter challenging life stages such as marriage and economic independence.