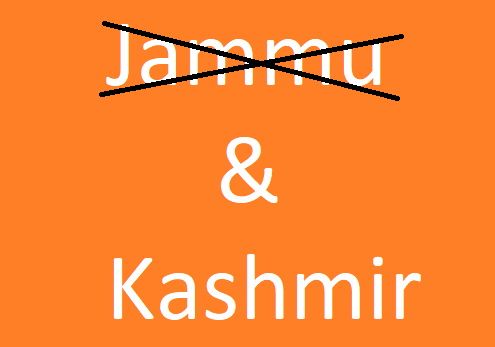 Kashmir based political parties has always been accused of meting out step-motherly treatment to Jammu while the latter is solely responsible for uniting this large state- the largest in the erstwhile undivided India. It was the Dogra rule of Jammu while unified the state of J&K. 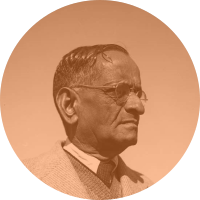 In fact, on 27 May 1949, the minister of Jammu & Kashmir Affairs, Gopalaswami Ayyangar, moved a motion in the Constituent Assembly. The motion read: “Notwithstanding anything contained in paragraph 4 of the Constituent Assembly Rules all the seats in the Assembly allotted to the State of Kashmir may be filled by nomination and the representatives of the State to be chosen to fill such seats may be nominated by the ruler of Kashmir on the advice of his Prime Minister.”

Several objections were raised to this motion, as is the unlaid norm in the assembly, in addition to the objection on omission of the name Jammu from Jammu & Kashmir. The two MPs raising their voice objection were KT Shah from Bihar and Pt Lakshmi Kanta Maitra from Bengal.

Maitra asked whether the word “Kashmir” includes both ‘Jammu’ & ‘Kashmir’.AND Shah moved an amendment to the official motion and made an appeal to the Constituent Assembly to ensure that the words “Jammu and” figured before the word “Kashmir wherever it occurs”.

Shah kept cautioning the Constituent Assembly, saying “the matter of nomenclature is not merely a matter of verbal emendation that it has behind it a significance, a significance, in the sequence of events, not confined only to this House or this country. It has repercussions outside this country…Therefore, we must be careful in every word that we use, so that our expression, our nomenclature, our whole wording is in conformity with the situation and the correct fact”.

Read Also: Wanted – An amicable Divorce between Jammu and Kashmir

In his response to Maitra, Ayyangar said, “Kashmir means Jammu & Kashmir”. He also justified his motion, saying “in the Draft Constitution, the Schedule mentions the State of Kashmir” and “in the list that is attached to the Constituent Assembly Rules, it is already described as Kashmir”. He urged members not to make this an issue and “let this description of the State of Kashmir stand, because if you change it, we will have to change other things which are already in our Statutes and Rules”.

Shah had explained the gravity of the matter and the need to stick to the original name of Jammu & Kashmir. But Ayyangar was not impressed as if he had been told to act on a certain order. Why else would somebody from far South want to meddle with the name of a state and incur criticism over this seemingly trivial issue!

Convinced that Ayyangar would not be in a position to convince Maitra and Shah, prime minister Nehru himself took the stage. He defended Ayyangar and said that his stand was “correct”. He said, “I have been connected with Kashmir in many ways, and, in a sense, I belong to Kashmir more particularly than to any part of India. I have been connected with the fight of freedom in Kashmir… And so, if I venture to say anything in this House, I do so with greater authority than Prof. Shah can presume to have on the subject…” After saying so, he made a lengthy statement to counter the arguments of Shah and in praise of Abdullah and his NC and the Quit Kashmir movement. At the same time, he suggested “a small change in the wording of the motion” with a view to “removing” what he called “a slight confusion in the people’s mind”. What he actually suggested was that the “State be described as Kashmir State, and then putting within brackets, the words otherwise known as the State of Kashmir and Jammu”.

Prime minister Nehru’s oratory did not work. Nor did it discourage Shah in his efforts to enlist the support of the Constituent Assembly in favour of his amendment. As a result, the deadlock continued. Ultimately, Ayyangar moved an amendment to his motion and suggested that the name of the state be read as the State of Kashmir (otherwise known as the State of Jammu & Kashmir)”. The Constituent Assembly adopted the amended motion.

Thus, Jammu, which had ruled over Kashmir for 101 years, found space in the nomenclature of the state, though within brackets. This happened primarily because of the efforts put in by the unyielding Shah, with Maitra extending full support. Had they, like other members of the Constituent Assembly, remained mum or toed the official line, the word ‘Jammu’ would have disappeared from the name of the state.