Security forces and Jammu and Kashmir Police have killed 102 terrorists till now this year, making it the highest number of killings in the January-July period in seven years, a police official said today.

The security forces also have prepared a hit-list of several other terrorists belonging to Lashkar-e-Taiba (LeT), Jaish-e-Mohammad and Hizbul Mujahideen.

The security forces and police are going after terrorists as part of the operation “hunt down” and on the basis of a “hit-list” of terrorists, said the official who refused to be identified. The killing of 102 terrorists till July 12 makes it the highest number in the past seven years, the official said. 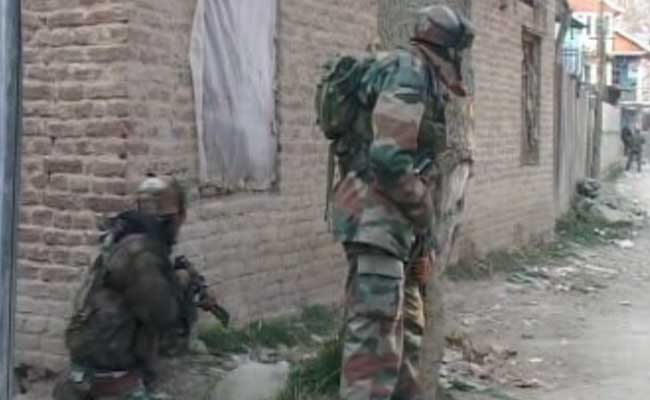 Earlier in 2010, the highest number of 156 militants were killed between January and July that year.

The hunt for terrorists of various outfits has been intensified under an operational strategy, the official said. The counter-terrorist grid continues to maintain dominance and deny any space to terrorists, the official said, adding synergised hard intelligence-based joint operations involving the J&K police and central paramilitary forces have been the hallmark of these operations. While the forces have already eliminated those involved the killing of seven cops and lynching of Dy SP, a massive hunt is underway for LeT commander Abu Ismail who has emerged as the mastermind of the deadly attack on Amarnath pilgrims.

Sabzar Bhat, who was a close associate of the slain poster boy Hizbul Mujahideen commander Burhan Wani, was killed along with an associate in an encounter in Tral in South Kashmir on May 28.

On July one this year, Lashkari and another LeT militant Azad Malik were killed in a gunfight with security forces in Anantnags Brenti village in South Kashmir.

Bashir Lashkari was involved in the killing of six policemen in the district?s Acchabal area on June 16, according to the police.

According to the police, Gilkar had played a key role in the lynching of DySP Mohammad Ayub Pandith near Jamia Masjid in Nowhatta area of Srinagar on June 22.

In June, the Army had released a “hit-list” of 12 top militants in Jammu and Kashmir who it aims to “go after”.

The hit-list carries the names and pictures of the militants along with the areas they are active in and the strikes carried out by them.

Abu Hamas, Jaish-e-Mohammads so-called divisional commander and a Pakistani national, is also in the hit-list.

This act of Jammu and Kashmir Police leaves internet buzzing

My Words: Gym Culture Fast Catching Up in Jammu